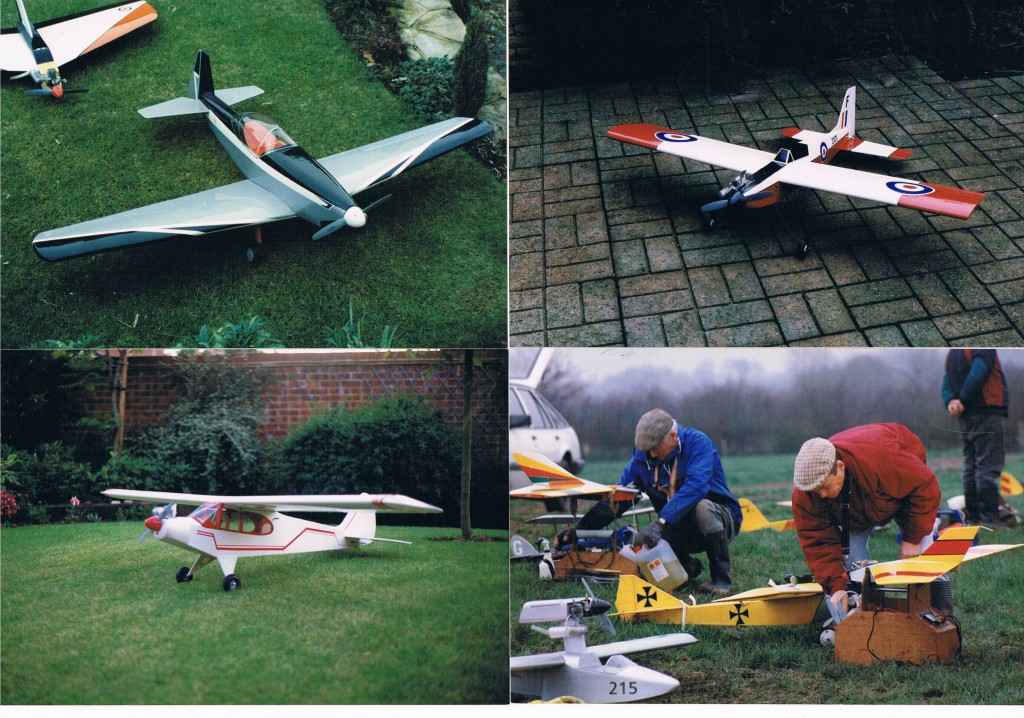 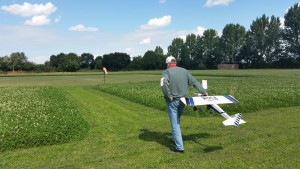 Hobbyking -batteries, foam planes and all things rc that are cheap and cheerful (you can arrange to pickup from the warehouse in Elmset).

Slec -for those that like to feel a bit of balsa every now and then.

Weather -or not to fly! 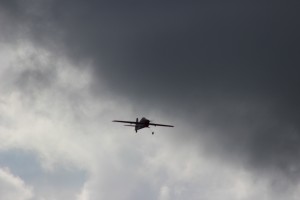 Landing, weve all got to do it!

Take-offs are optional…landings are mandatory! Barrie James gets your pride and joy down in one piece

Aviators have to return to earth sooner or later, and we aeromodellers are no exception. Gravity is ever-present, both as friend or foe, and, as far as aircraft are concerned, the rules regarding landing are the same for full-size as they are for models.

In this article we’ll explore the two methods of landing, i.e. the glide approach and the powered approach, and we’ll also look at a few other landing-related issues.

I’m sure that you’re aware of the landing circuit, whereby the aircraft flies a rectangular course around the airfield, terminating in a landing (many pilots prefer an oval circuit, but the result is the same). A landing circuit consists of four legs (Fig. 1): crosswind, downwind, base and finals, the latter being used for the landing approach. Pilots of full-size aircraft returning to an airfield will often be instructed to ‘join on the downwind leg’, and it’s on this leg that downwind checks are carried out, i.e. brakes off, undercarriage down, mixture rich, pitch fine and so on. It’s no bad thing if we modellers use this same point in our landing plans to carry out our checks, including calling out a warning of, “Landing!” to our fellow flyers.

Flying full-size during the 1960s I was taught how to make a glide approach. We were also taught the powered approach but were encouraged to use the glide approach as it honed the pilot’s skill in assessing the distance to land in the event of an engine failure. I can already hear some of you say, “Ah, but the glide is too slow for a reliable approach!” Wrong! Remember that elevator controls airspeed, and you can increase your speed by simply lowering the nose.

Many flyers find the task of getting a model down in one piece the most difficult of all. Like all things, plenty of practice makes perfect.

Really good landings are invariably the result of a good approach, so let’s have a look at how to achieve just that.

The first thing to do here is ascertain how your model glides. At a sensible height, smoothly close the throttle and observe. Due to the loss of thrust your machine should lower its nose, whereupon the glide commences. Gravity has now replaced engine thrust. The full-size pilot will then determine his recommended airspeed (safely above the stall speed) with the elevators and then trim for the glide. This means that he no longer has a stick load and can concentrate on his approach. Re-trimming for the glide isn’t often used by modellers; it’s no hardship to hold a small stick load for such a short time, and if you have to go around again (overshoot), then at least you’ll be correctly trimmed on the application of power. Oh, and don’t forget to call, ‘overshoot’.

With the throttle backed off and the model in a nice, stable glide, lined up with the runway, note the angle of descent and mentally extend the line forward.

So, with the throttle backed off and the model in a nice, stable glide, lined up with the runway, note the angle of descent and mentally extend the line forward to confirm whether the aircraft is indeed going to end up on the patch, or elsewhere.

The aircraft continues to descend, and when it’s about 3’ above the ground, start to ease back on the elevator and, keeping the model level, watch carefully as the airspeed bleeds off as she gets ever-closer to the ground. The model will be very near to the stall at this point and she may drop a wing, but then she might also float on for quite a distance.

This next bit might come as a bit of a surprise to some readers. If a wing starts to drop at this low speed, don’t try to pick it up with aileron as the resulting increase in drag will almost certainly exacerbate the situation. The answer here is to use rudder, since the resultant yaw will cause the outer wing to travel a little faster than the inner and thereby produce a little more lift. In fact, whenever you’re flying near the brink of a stall, use rudder and you may be surprised at just how slow your model will fly.

Okay, so your aeroplane is now very close to the (controlled) stall and inches from the ground. For tail dragger types, ease the nose up a little further as we want to settle her on all three wheels at the same time. For tricycle undercarriages we want to hold the nose wheel off for as long as possible. Having touched down, beware the dreaded ground loop, and continue to monitor your model’s track across the patch and correct any tendency to deviate by using rudder. Before retrieving the aircraft check that it’s safe to do so and announce, “On the patch!” Finally, don’t take your 35MHz transmitter onto the strip with you, hand it to a clubmate to look after.

For tricycle undercarriage models, aim to hold the nose wheel off for as long as possible.

Many model pilots prefer this approach method as they feel safer with the engine running – and rightly so, as the rate of descent can be controlled much more accurately by judicious use of the throttle, combined with pitch and airspeed adjustment via the elevator.

Both approach methods – glide and powered – should be practiced, and in both directions, too. Just as you would practice aerobatics both ways, e.g. rolling to the left and rolling to the right, you should do the same with landing, to the point where you can safely execute the manoeuvre from both left- and right-hand approaches.

So that’s the basics dealt with, but as I mentioned earlier, there are some other landing related issues we can have a look at.

If a wing starts to drop at low speed, don’t try to pick it up with aileron!
SIDE-SLIP

This is a terrific manoeuvre, used by full-size pilots to shed excess height on finals. Carried out properly by a model flyer the effect is great to watch and always arouses comment from onlookers. This exercise is usually carried out in the glide, and I recommend that you try it at great height for the first few attempts:

1. Cut power and trim for the glide.

3. Use elevator to control airspeed.

The aircraft will now descend towards the runway with one wing considerably in front of the other. This out-of-balance condition causes considerable loss of height, and on board pilots will find their bodies pressed firmly against the side of the cockpit. To recover, as the model nears the ground, smoothly return the controls to their neutral position and prepare for the flare.

Sometimes, by necessity, we’re faced with a crosswind landing. This is a very rewarding manoeuvre to execute, and can be practiced with a model aircraft to great effect.

First, learn to fly with drift, and track across the wind making a straight line over the ground. This is known as the ‘course to make good’ and is different from the aircraft’s heading. The angle at which you’re heading into wind will depend upon your airspeed and the direction and strength of the crosswind component. As an extreme example, imagine you’re sitting in the model and approaching a northerly runway (360°) with the wind coming from the west (270°). For simplicity’s sake we’ll assume the wind speed is the same as your airspeed, so in order to track over the runway accurately you’ll need to be heading 45° to the left, on a NW heading. Just before the aircraft flares on landing, restore the model to flying ahead along the runway by yawing straight with rudder, thus avoiding stressing the undercarriage with a sideways force. Finally, as the airspeed diminishes in the roll-out and subsequent taxiing, lower the windward aileron to prevent the wing from lifting. Always park the aircraft into wind.

Experienced flyers will know that there’s a second method of approaching in a crosswind, this being to fly with the windward wing lowered, thus causing continuous slip to make the track good; not recommended on low-wing aircraft.

Picture the scene. A model’s in a nice, stable approach, at a safe airspeed and correct approach angle, when suddenly it drops heavily in the last few feet to spoil what would have been a perfect final. This isn’t uncommon and is nearly always due to wind gradient. If you’re flying in nil-wind conditions there’s no problem, but the stronger the breeze, the more pronounced the effect and the greater the danger.

This phenomenon is caused by the wind speed slowing down nearer to the ground due to friction with the earth. Full-size instructors spend a great deal of time explaining this very real danger, and pilots who don’t take this lesson seriously soon damage their undercarriages! The pilot must anticipate the wind gradient and use a higher approach speed to compensate for it.

Wind gradient is also a hazard for any aircraft making steep turns near to the ground. It’s a particular problem for gliders, and those with a relatively long wingspan are exposed to a greater wind speed difference for a given angle of bank.